Dementia is the generic term we tend to assign to any older person experiencing memory loss. In many cases dementia is an accurate diagnosis in many others it is not. According to the World Health Organization, the number of people with dementia will reach 75 million by the year 2030 and will triple by 2050. There are nearly 10 million new cases every year.

Those numbers are scary and you can see why people who start to notice their memory slipping are afraid they may have dementia. Rest assured that although little slips in memory are normal, significant memory loss is not a normal part of the aging process. So how do you know when memory lapses are Dementia and Alzheimer’s vs. normal age-related memory loss? Let’s look at some of the differences.

What is Normal Age-Related Memory Loss?

When is comes to memory and aging there are certain things that are considered normal or “to be expected.” Normal age-related memory loss consists of mild memory impairment. Forgetting a few things does not mean you have Alzheimer’s. 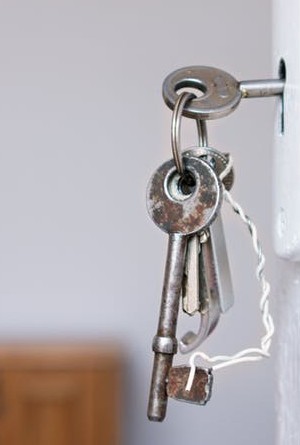 When you lose your keys, or forget the name of an acquaintance, or even if you forget some details of a recently attended event, it does not mean you have dementia. These things are all part of the normal memory issues associated with aging.

Keep in mind that there can also be many reasons other than aging that memory loss occurs, including:

Most often memory loss associated with the items on the above list is reversible and when the issue is corrected memory is restored.

One of the biggest signs that your memory concerns are NOT Dementia related is that you are the only one concerned about your memory. If your family and friends aren’t concerned then you should not be concerned either.

Dementia is the loss of cognition and abilities that reaches the extent that the loss interferes with activities of daily living (ADL’s). This includes memory, language, visual perception, judgment, focus and self-management.

Dementia ranges from the very mild beginning stages which only slightly affect a persons life to the severe end stages where a person requires complete care for all the activities of living. Eventually in the last stage of dementia the body forgets how to function and the person will stop breathing.

There are a number of different types of Dementia including:

Although any of these forms of dementia or a combination of them can afflict an older person, Alzheimer’s is the most common form of dementia. 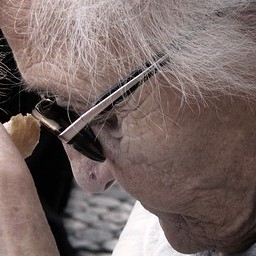 Alzheimer’s disease currently accounts for 60 – 70% of all the Dementia diagnosis. Researches believe that Alzheimer’s is caused by a combination of lifestyle choices, genetic factors and environmental factors. Over time these factors cause the death of brain cells which then causes memory loss and cognitive decline.

One in three cases of Alzheimer’s disease could potentially be preventable. This would be the lifestyle factor which includes; lack of exercise, smoking, alcohol intake, depression, and poor education.

There are many different break downs of the stages of Alzheimer’s. For our purposes here we will talk briefly about early, mid and late stages of the disease.

In the early or mild stages people can still function and probably live in their own home with some support. They are forgetful however can make accommodations to maintain their life.

The mid or moderate stage is often the stage where a higher level of care (more support) is needed. This stage typically lasts the longest and shows the greatest rate of decline. Some examples of what you may see in this stage are inability to pay bills or cook and clean the house, mood changes, wandering and getting lost and repeating stories frequently.

In the late or severe stages, more care is required. A person with Alzheimer’s may not recognize family and possibly may not recognize themselves, they may stop talking, lose control of their bowel and bladder and require care for all ADL’s. This is typically when someone required nursing home level of care.

LATE is a newly discovered dementia that mimics Alzheimer’s. LATE, which stands for lambic-predominant age-related TDP-43 encephalopathy, is believed to account for up to 17% of those currently diagnosed with dementia.

Some people who have passed away from suspected Alzheimer’s do not show signs of Alzheimer’s in the autopsied brain after death. That means that although their symptoms during life looked like Alzheimer’s, their brain after death is showing they did not have the plaques and tangles associated with Alzheimer’s. This is when the determination of LATE dementia is made.

At this point in time it isn’t really concerning that people may be misdiagnosed because the medications for dementia target the symptoms of the disease, the medications are not curing or reversing the disease process. LATE does account for a relatively large percentage of dementia diagnosis and it is a new discovery so it will be important for researchers to determine the biomarkers for LATE as new drugs aimed at prevention and cure are being developed.

Normal Aging Vs. Dementia – What is the difference? 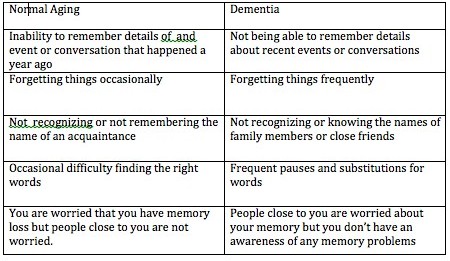 Aging is an inevitable part of life. While we do have to get older, we can do everything possible to maintain our physical and mental health throughout the process. Living a healthy lifestyle is the best way to keep your body and brain fit. We know we should exercise our bodies however we should also exercise our brains. Stay intellectually and socially engaged. Learn new things and meet new people. Eat a healthy diet, reduce your stress, get enough sleep, stay organized and keep a routine. These are all important keys to your longevity.

If at any time you do have a serious health concern you should make an appointment with your doctor. As stated earlier though, if it is only you who has concerns about your memory it’s probably not that serious, however if others are also worried about it you may have a more serious issue. Your doctor is your partner in health so always keep them informed with concerns and changes in your health.